Genoa, the city on the sea – Tigullio Royal Hotel Rapallo

Just 40 km from Rapallo, Genoa has always been a city of art and culture as well as important seaport.

During last years, the city center has been able to re-evaluate its immense artistic and cultural heritage: the contrast of palaces built at different times, the shops of the ancient arts of ceramics and metal work, the inimitable and delicious culinary delights, determine the character of a town that gathers to himself all the flavors of the Mediterranean.

A must is a visit to the Lighthouse Tower, the magnificent lighthouse that rises about eighty feet above sea level, and the pleasant walk along the famous Corso Italy that leads the village of Boccadasse auction.

The Aquarium of Genoa is an element of extreme modernity in the historical context of the Old Port, the flagship of the recent restructuring of the town, has 72 tanks and exhibits an extraordinary variety of marine species including sharks, dolphins, turtles, seals, reptiles and the amazing penguin pool.

The Galata Museo del Mare, which opened in 2004, is most probably the largest permanent multimedia exhibition dedicated to the Mediterranean and the evolution of the navy. The Palazzo Ducale in Genoa, was the seat of the Doge’s oldest republic, which now is in its rooms painted a rich program of exhibitions, debates and conferences.

Genova fair is an element of great importance in the economic life of the city: an entire exhibition area of the sea based among other things, the famous boat show. 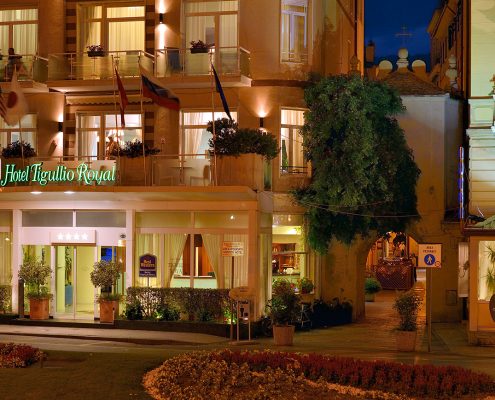